Main Help Design of experiments (DOE) How to conduct a DOE Factorial Array Edit factorial array Rename Levels of DOE Factors Interactions Adding repetitions Block Levels Sort data in subgroups Anova DOE Confirmation run Response graphs Response surface methodology Full version of DevelveFor commercial use 75 EURO
A interaction is when the result is not the sum of two factors. With an interaction it can occur that the result of the to factors is lower or higher as the sum of the result. When using an Orthogonal array interactions are not included. The interactions have to be included in the array this can be calculated with Develve. Be careful with adding interactions in a design:

For the interaction Dialog go to DOE=>Interactions

This Dialog is for selecting interaction that needs to be calculated in a Design of Experiment. 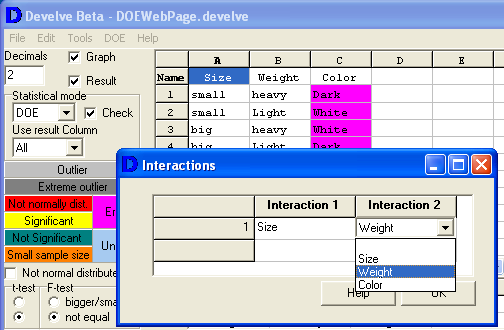 Data file The Matrix indicates that Column C (pink means error) can not be used because that it is be used by the interaction. A bigger orthogonal matrix is needed. The indication of errors in the array is only been displayed when the check-box Check is on in the statistical mode plane. With a bigger matrix it is possible to calculate the interaction.

The not used Columns can be removed. This is the result with measure data. 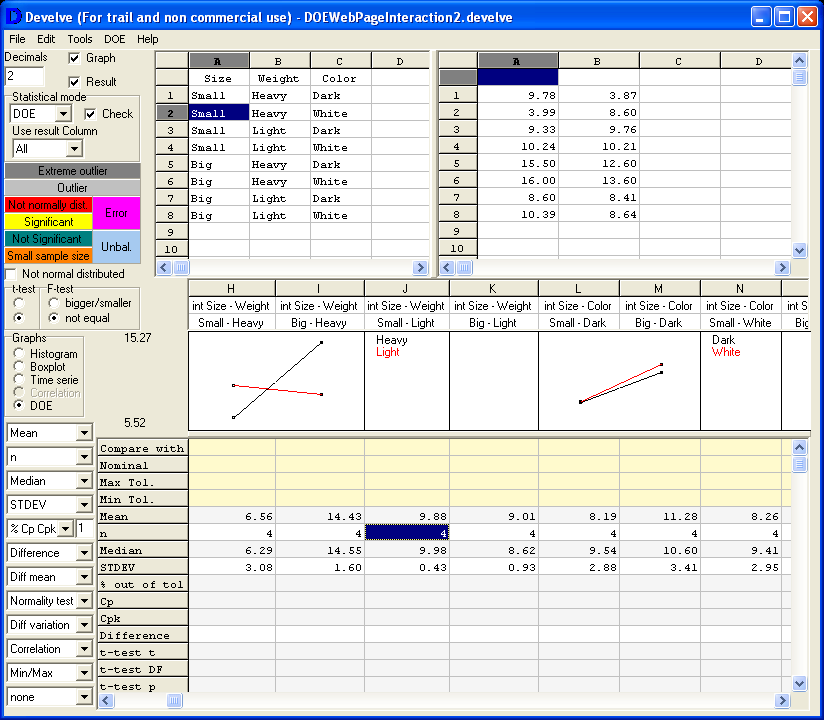 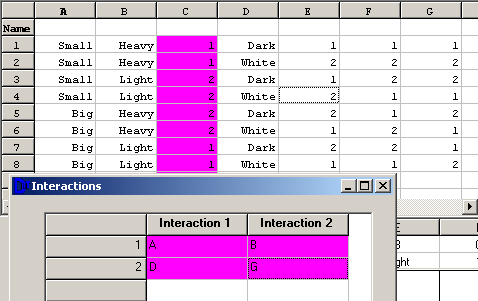