The smaller the p value is the more likely there is a significant difference in the variation of the data-sets. Develve uses the commonly accepted value of p < 0.05 for significance. For a good power (0.8 in Develve) the sample size for both data sets must be bigger than the minimum sample size calculated. For a good F-test the data-sets must be normally distributed see Anderson Darling normality test.

Bigger/Smaller (one sided test) or not equal test (two sided)

Where s1 is the smallest of the comparing STDEV values. With the F value and the degrees of freedom can the program calculate the p value.

This results in the degrees of freedom out of the

table, the Minimum sample size is

This results in the degrees of freedom out of the

table, the Minimum sample size is

Select Variation test. To use the F-test test first unselect "non normal distributed" when the box is selected the Levene test is calculated. Then select Diff variation. 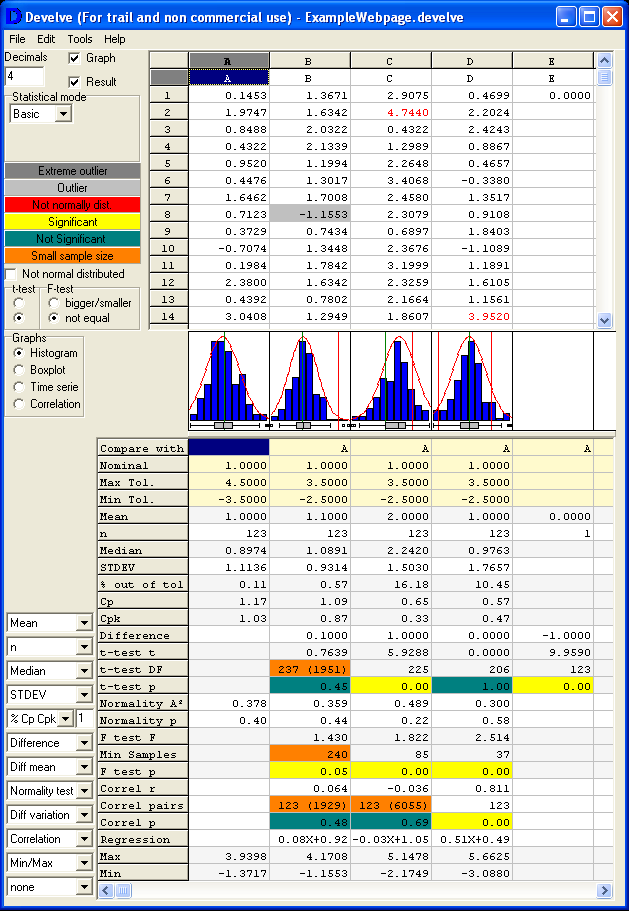