For a good result the data must

With the F value and the degrees of freedom (DFb and DFe) can the program calculate the p value.

The result is the minimum sample size for all the data sets.

Total mean of all data

Amount of rows (data points of one data set)

data point of row i of data-set of column j

=Max Mean difference in the group

In this case it is better to use the Kruskal-Wallis Test. 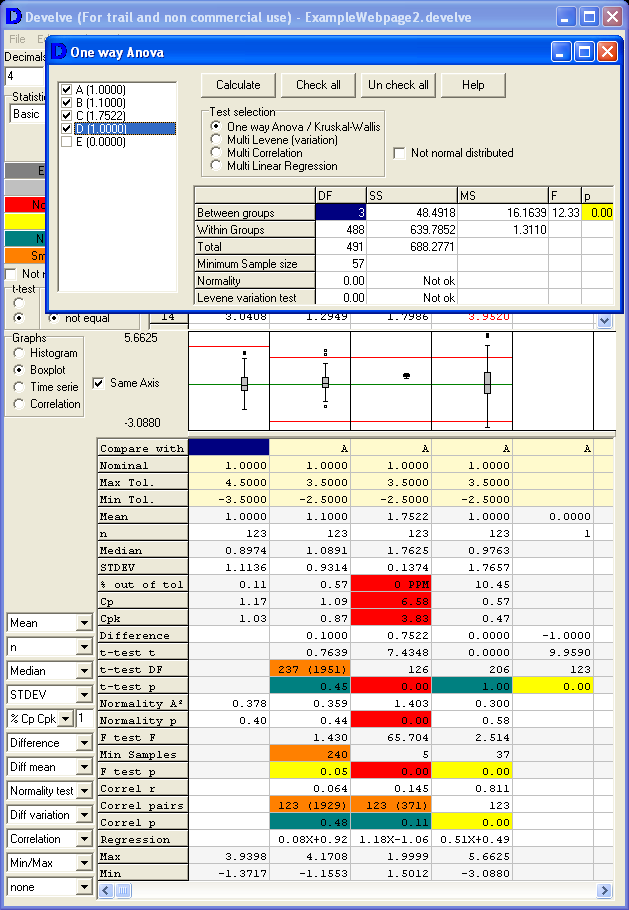