(STDEV). The curve is also called bell curve due to it shape. This distribution is widely used in statistics because data is often normally distributed. The formula probably density function of the normal distribution is:

A sigma level of 1 is one time the STDEV. 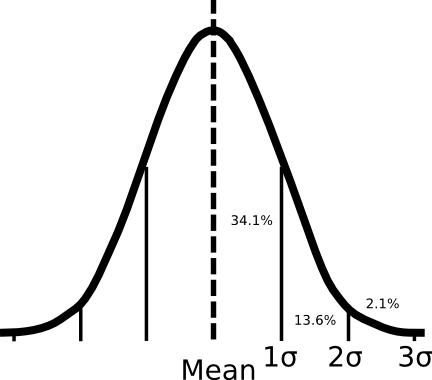